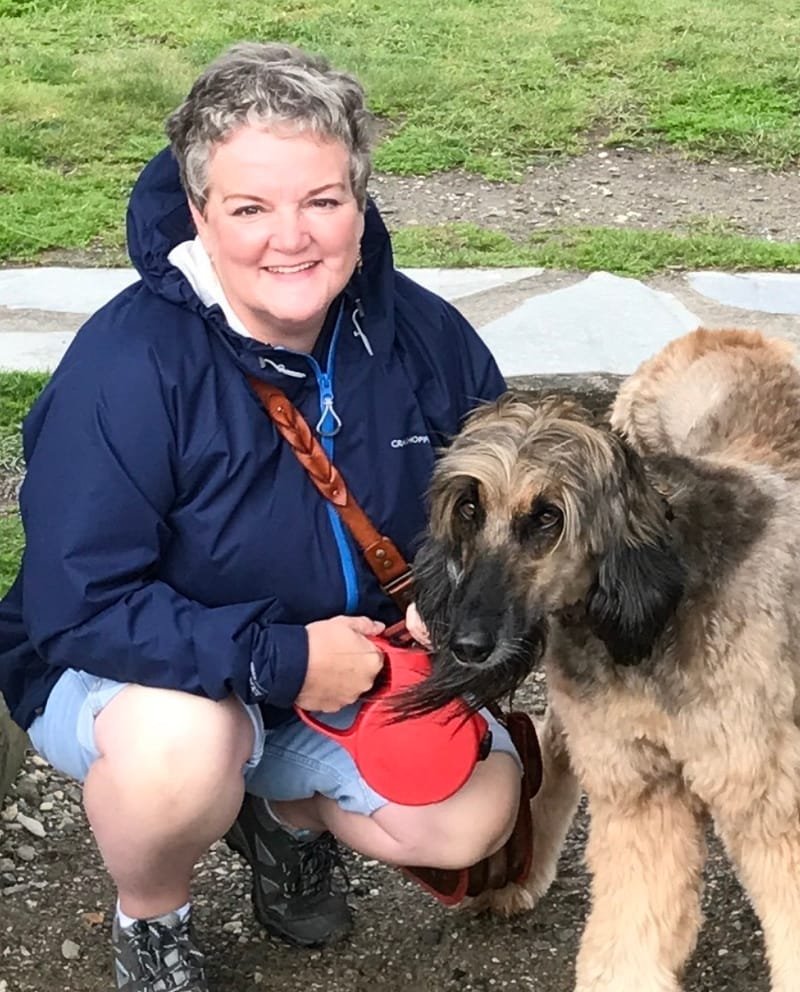 I first started working with animals by grooming my friends and neighbours' dogs, then later on my own Afghan Hounds. It was through this work that I recognised the need for a special type of animal care for those pets who do not adapt to being kennelled or boarded in strange surroundings.  Many people asked if I knew of anyone who could look after their pets while they were away on holiday. The simple answer was, 'No I didn't....'. Then one day I got to thinking, 'Why don't I do it?'. There was obviously a market out there and as working with animals was what I had always wanted to do. I felt this was 'the perfect option.'

So, after much research, based on the American and Australian idea, I launched Animates Professional Pet Sitting & Dog Walking Service in July 2001 with the help of my then partner Taff.  Animates aim was to provide a new concept in pet care and I am very proud to say, we have since gone on to lead the way in bespoke pet sitting, in the Chester and North Wales areas.

I have owned and loved many animals in the past, starting from early childhood with every little girl and boys favourite, the time honoured Hamster. Moving on over the years to Rats, Mice, Guinea Pigs, Rabbits and Chinchillas. Successfully breeding the latter three.

At the age of seventeen, I was lucky enough to own my first cat named Sheba, a very pretty fluffy tabby. On leaving home I bought my first dog Kelly, a Golden Retriever puppy at eight weeks old; a few months later I acquired Jaffa a Springer Spaniel / Border Collie pup. Both dogs  grew to be my loyal friends and companions for thirteen very happy years. Since then I have never been without a pet of some description, mostly cats and small animals.

Although, all these pets have given me every enjoyment and years of unconditional love, my all time favourites have to be my Afghan Hounds.  My first I christened Tempany, was a beautiful little brindle bitch puppy,  who I bought in 1996. Since then, we bred a litter with Tempany and kept one beautiful little bitch pup we called Amenti, then later kept two of her offspring, a male called Kabul and a bitch called Ayesha. Sadly we now only have Ayesha who is nearly fourteen years old.  These beautiful creatures have been injected into my blood and will always be my special breed.

So as you may appreciate, all these animals, especially the Afghans, warrant a great deal of care and grooming (all of which I do myself) to keep them in tip top condition, so it is with this experience that I fully understand the needs of all your pets.